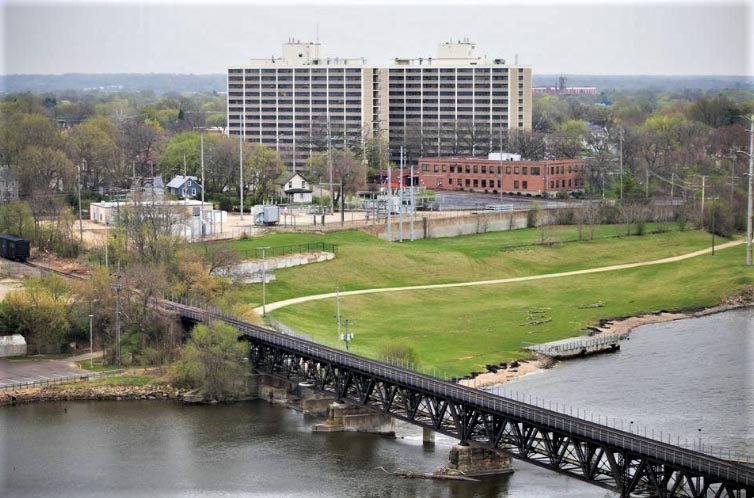 The future demolition site of the two towers is located near Rockford’s downtown. The fencing around the structure 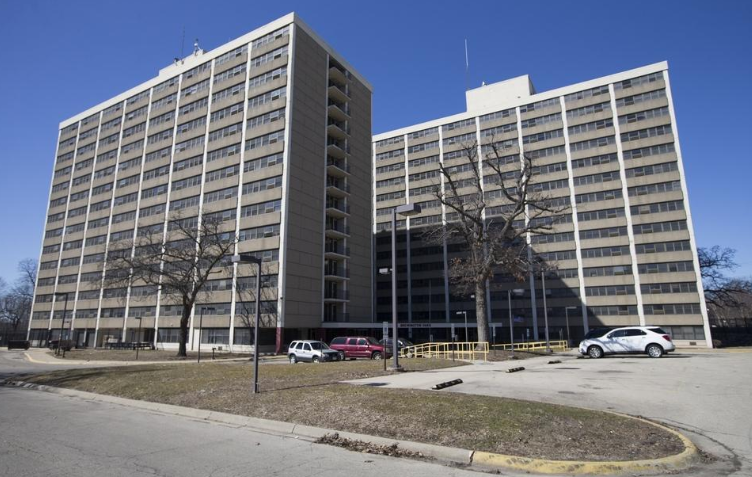 will help ensure the safety of crews, who will be preparing the aging structures for demolition. “We are of the belief that the safety fencing will also provide additional confidence for our neighbors that RHA will carry out all future demolition, clearing, and excavation tasks in a safe and secure fashion,” states Laura Snyder, CEO. “The first step will be a soft Demo, starting inside Brewington. During that time the crew will take down all the artifacts RHA wants to preserve.”

It is the Rockford Housing Authority’s continued business mission to provide collaboration, cooperation, and prudent decision-making for our residents, and all concerned in our community. The Brewington Oaks housing development opened in 1969 in the city’s ORCHiD neighborhood, to provide housing for senior citizens and the disabled. The buildings were originally called Campus Towers because they were located close to the original site of Rockford College, which is now Rockford University. The Towers were renamed to Brewington Oaks Apartments after Al Brewington, to honor an RHA staff member who worked his way from maintenance to the RHA Assistant Executive Director in his twenty-one years with the Rockford Housing Authority.

While even though the outer structure is made of concrete, after almost 50 years of continuous use, the RHA Leadership Team was now faced with the two buildings on the brink of infrastructure failure. The Rockford Housing Authority first announced the intention to demolish the property in 2018. At the time, occupancy at the buildings was at 42% and 90 of the 418 units were deemed uninhabitable. This was due to functional and technical obsolescence. The building’s mechanical, electrical and conveyance systems (elevators) performed poorly in comparison to modern standards, where energy-inefficient, and moving into the future may have become unreliable and unsafe. Such issues as roofing and original internal construction materials were deteriorating beyond repair. The annual maintenance, repair, and replacement costs were accelerating and increasingly unaffordable. Bringing the aging structure up to today’s building codes to ensure the best for the RHA residents was always top-of-mind for the RHA Facilities Managers.

Buildings such as these can have damaging effects on residents, including the elderly and vulnerable seniors. The U.S. Department of Housing and Urban Development 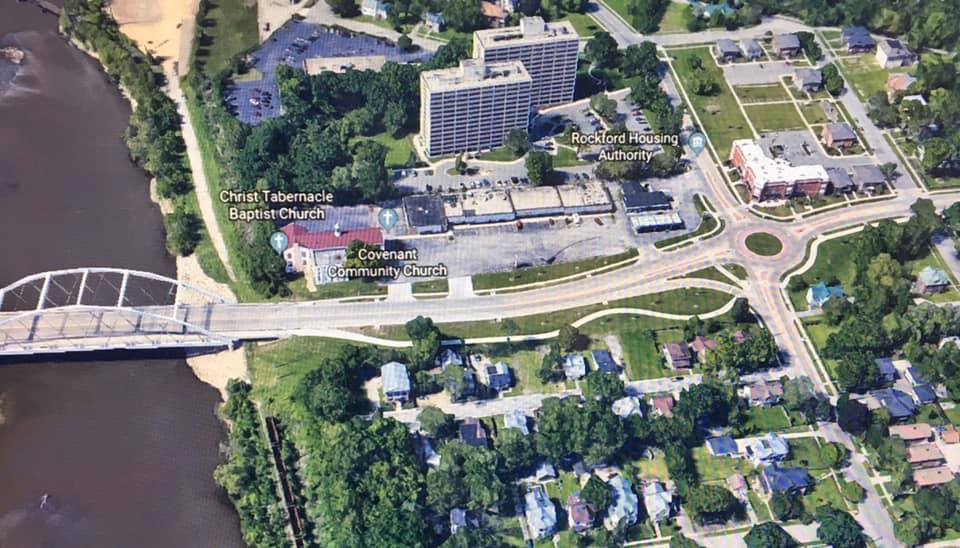 approved tenant vouchers for the residents. To address the move of these occupants, RHA used a variety of financial tools to replace, relocate, and find quality affordable homes for the residents of Brewington Oaks. The RHA Resident Team also provided the Brewington Oaks residents ongoing counseling and help to secure and find a new place to call home. “We always work with our residents to make sure that it’s affordable, safe, that it meets standards,” said Owen Carter, RHA Director of Housing operations. “We worked with other housing authorities, wherever they choose. We were in contact with them through our resident services department. They worked together to make sure it’s an appropriate placement.”

These new units were also affordable for these folks with extremely low incomes and all secured locations. The projected expense of saving and renovating Brewington Oaks whose poor physical condition, and most importantly, the long-term operational costs of maintaining the outdated space of this aging building, became cost-prohibitive.

RHA Commissioners awarded a $1,544,400 demolition contract to N-TRAK Group of Loves Park to raze the twin 14-story towers at 505 and 515 Seminary Street. The U.S. Department of Housing and Urban Development gave RHA permission to demolish the towers in 2018 but RHA has asked developers last year to submit requests for qualifications to possibly redevelop the site. The site contains 5.35 acres. In total, the two buildings contain 233,281 square feet.